Tonight we are WORLDWIDE.....

I'm in a hurry so here's Dave's blurb from the invites that went out to our facebook group members, catch you later!

We're fitting so much in the show this week we're taking Epillim as a precaution!

Winner Stays On champs FOULMOUTH & ACID REIGN return to defend their title with a live phone interview prior to taking on a new challenger; we introduce Newcastle's finest steel drum orchestra, the All Stars, Weathergirl Mel reveals more stunning meteorological nous; and who knows, we may just get carried away and start shouting again.

Beats garnered from the dustiest reaches of the crates this week include the likes of Muddy Waters, Ill Boogs, Henry Mancini, Keno 1 & The Hermit, NASA, Depthcharge and The Love Unlimited Orchestra; Hip hop wise we have some grade-A classics from Kool Keith, Big Daddy Kane, Channel Live, Jehst, Brand Nubian and Kamanchi Sly to name just a few..

Join us at 9pm (GMT) or 4pm (EST (see? We're learning)) on 102.5FM for the locals or over at www.thebottomlesscrates.com for our WORLDWIDE brethren. 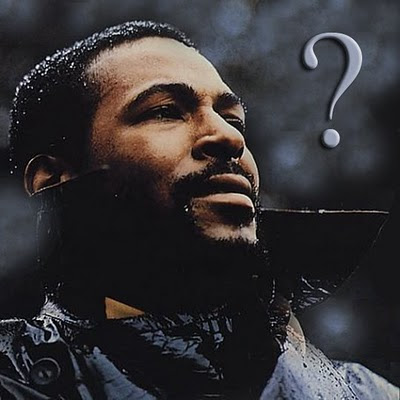 Wednesday's show kicked ass, one of our best so far (only 6 shows left till our first year broadcasting anniversary). We had;

The usual array of 1st rate breaks, beats and rhymes and some soundtrack nuggets from Roy Budd and friend of the show Mr Lalo Schifrin.

A live call in from Dweller to accept the retiring Winner-Stays-On championship on behalf of Rick Mal (not to mention his own work on the tracks Rick flowed over) and also to introduce Organix which is now going to be a regular feature on the show (we're very happy to promote this - top, top tunes with a platform for unsigned artists to rip the mic).

With Rick Mal retiring undefeated, the Winner-Stays-On battle got two new artists in the shape of Foul Mouth & Acid Reign representing NY state versus Baron Von Alias & MistaBreeze representing Newcastle - 2 awesome tracks went head to head and voting kicked off with early heavy support to the US (including Lexi from North Carolina who called the studio within 5 mins of the votes opening - dedication!). Voting remains open till midnight Saturday - so do your bit by hitting the facebook group and posting on our wall or, if you ain't on facebook, either email us or put something up on the website chat box...

Anyway, looks like next week is going to be massive.... So, to wrap up the first show for June... here's the links you'll need;

Vote either on the facebook group or on the chat box at thebottomlesscrates.com (links to email myself and Dave there as well),

Thanks again to all who contributed this week and on previous weeks - we value it all a hell of a lot and are always happy to promote good music.

Apologies if I forgot anyone or anything, shit's been hectic - in a good way!

(Image shamelessly stolen with thanks from e-milesaysongsdothematter.blogspot.com/)
Posted by Ray Vaughn at 00:59 No comments:

Britains got talent? You bet your sweet ass. Its the UK vs New York in
our now world famous Winner Stays On slot as Baron Von Alias takes on
Acid Reign & Foulmouth; Dweller (Producer of winner stays on
champion Rick Mal's tracks) introduces Organix, a new regular feature on
the Crates, bringing you massive worldwide collaborations. No...w
approaching their first birthday, we look back at some previous tracks
and look forward to part 17 - Kung Fu. As always we have a healthy
selection of breaks, beats and nonsense, Weathergirl Mel's latest
escapades (hopefully), Perrier Award winning comedy and we see if we can
make dough rise on the studio mixing desk.

MAKE BEATS NOT WAR.
www.thebottomlesscrates.com
or 102.5fm at 9pm GMT